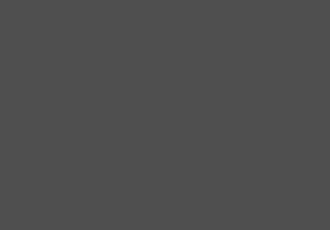 An archipelago composed of three islands, Malta is situated at the heart of the Mediterranean and is geographically located 60 miles south of Italy and 220 miles from the north of Africa. Malta has been a Member State of the European Union since 2004 and has a population of just over 440,000 inhabitants. Due to its rich and diverse history, Malta does not only enjoy its own unique language (the only Semitic language in the world which is written in Latin script), but thanks to a 150-year British occupation, the official languages of the country are both English and Maltese.

Thanks to this linguistic advantage as well as a wonderful Mediterranean climate, Malta has become a popular destination for expatriates who come from all over the world to enjoy the top-ranked healthcare, low crime rate and the Mediterranean culture and history which have been endorsed by renowned publications such as The Wall Street Journal who named it the “third best country in the world for expatriates” and The Telegraph which proclaimed it “the best place to retire”.

Thanks to the fact that it possesses political stability as well as a highly educated English-speaking work force, Malta has been able to focus on higher value-added services in industries such as tourism, gaming and financial services. In fact, the registered unemployment in Malta in 2016 was reported at 4.3% compared to the EU average of 10%. In addition to this, forecasts published by the European Commission in 2014 show Malta’s GDP as registering the highest growth rate since 2010 with growth being expected to accelerate slightly in both 2015 as well as 2016. The currency of Malta is the Euro (€).

With real estate prices being compared to those found in other European Union Member States, Malta has a robust property market with recently published figures by the Central Bank of Malta showing property prices rising to 10.03% during the year to Q4 2015 – a surge that has been partially attributed to government measures aimed to support property demand.

In Malta, schools are divided into two main categories: state and private. The former schools are found in almost every village and town in Malta and are completely free of charge. However, the language used is mostly Maltese, which makes it challenging for international students to communicate with their peers. Private schools, on the other hand, are divided into two further categories: church schools and independent schools. Church schools are generally heavily subsidised by the government, and parents are merely encouraged to pay a yearly donation as tuition fees. The language used in church schools is also predominantly Maltese. For this reason, independent (or international) schools are the preferred choice for expatriates living in Malta, since the English language is used in both the classroom, as well as extra-curricular activities. Parents sending their children to school in Malta are required to pay tuition fees, transport, school supplies and other associated expenses. The fees differ in accordance with the school chosen and generally range between €1,500 – €3,000 for every scholastic term.